In November, a book by the band's former tour manager comes out with a preface by Peter Gabriel. 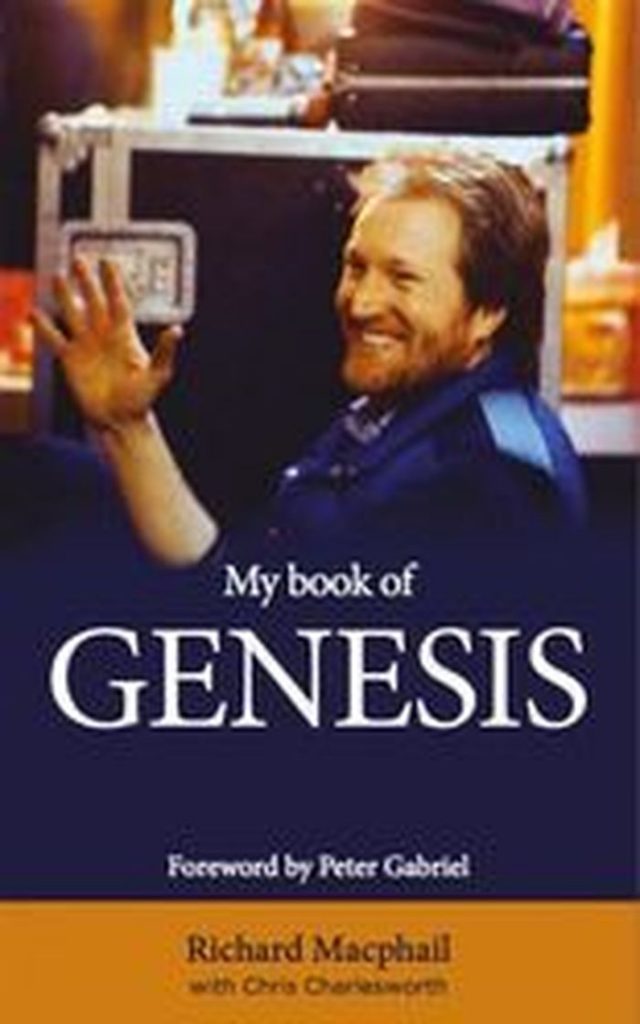 It's called "Richard Macphail: My Book Of Genesis", the biography of the ex road manager the period from 1969 to 1973, the early days of the band and the sessions for recording the album Trespass , which came to life right in the legendary Cottage owned by his parents.

Increasingly important figure within the Genesis, until the sensational farewell later Foxtrot. Officially to deal with other things, but it seems he was increasingly in difficulty in the face of the appetites of the music business towards the band.

A last and warm greeting you can find it on the back cover of the album Genesis Live, enough to alarm fans and make them fear Richard's death. Who is instead alive and well, still in contact with Genesis & Co. and often participates in Genesis Days all over the world, including Italy.

The book is written with Chris Charlesworth and will give readers a picture of the life of the band of that period, viewed from its angle. In addition to Gabriel there will be speeches by the other band members and 30 unpublished photos.

At the moment the only anticipation granted is a group of titles of some chapters. Here they are: In The Beginning, Mick Jagger - The Devil Incarnate, The Wilderness Years, The Guy In The Top Hat, Why Did You Leave Genesis, Busted In St Gallen and The Reunion.

Learn more about content and how to purchase on Horizons Radio. So as not to miss any detail subscribe to the newsletter below.

Genesis: “Invisible Touch Exclusive Orange Vinyl” is out on October 16th - PRE-ORDERAnthony Phillips: “Missing Links I-IV” box set out on November 27th - PRE-ORDERSteve Hackett: "Selling England By The Pound & Spectral Mornings: Live At Hammersmith" - BUY & VIDEOSteve Hackett Gives “Live At Hammersmith” VIDEO - WATCHSteve Hackett: the new album with Djabe “The Magic Stag” - BUYMario Giammetti tells his new book “Genesis. All albums all songs "Richard Macphail: the book "My life with Genesis" available in Italian - BUYPeter Gabriel: his classic lives released on vinyl - INTERVIEW & PRE-ORDERPeter Gabriel: clues and admissions leading to the new album "I / O"Steve Hackett and the recording of the new album, here are all the steps - VIDEORay Wilson and the recording of the new album, here are all the stages - VIDEOPhil Collins: after “In The Air Tonight” the twins youtubers listen to “Easy Lover” - VIDEOGenesis, Peter Gabriel and Steve Hackett Support Music Workers: All InitiativesThe Last Domino? Tour: 2020 shows canceled, NEW DATES 2021 & TICKETSSteve Hackett Tour - Updates: 2020 dates CANCELED + REPROGRAMMED 2021 and 2022HR Press Review: the SUMMARY of the PROG ITALIA special on GenesisPhil Collins: “No Jacket Required” will be available on orange vinyl on October 9th - PRE-ORDERSteve Hackett and David Minasian in new single from "The Sound Of Dreams" - LISTEN & PRE-ORDERHR Press Review: Peter Gabriel talks about the new album on UNCUT Magazine - HERE'S WHAT HE SAIDPeter Gabriel: "How sad to say goodbye to Alan Parker" - VIDEO: Peter tells the film Birdy