On November 1, 1969, Genesis inaugurated their long season of concerts with the first real live at Brunel University in Acton, England. Here are the memories of that historic evening. 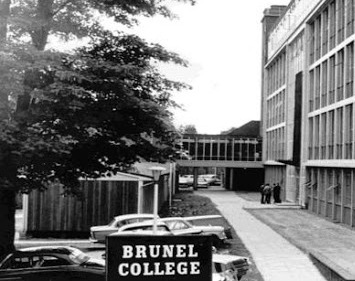 Brunel University London is a public university located in Uxbridge, West London, UK. It was founded in 1966 and takes its name from the Victorian era engineer Isambard Kingdom Brunel. It is attended by over 13.000 students.

Here, in Student Hall of CollegeGenesis performed on November 1, 1969 in what is considered their first real professional live, as in front of a paying audience and paid themselves to perform.

Before this date one of the two requirements is missinglike September 23 at Chobham's Balmes's Dance or October 10 at Tamworth's Kingsbury Working Mens Club or the next day at Tamworth's Wood End Youth Center. Concerts where Genesis get paid, but it's free parties.

Here the memory of Mike Rutherford, reported by the site www.genesis-movement.org:

"Brunel was the first real concert, our first public performance (...). It was difficult to keep the twelve strings in tune and we spent years in the toilet trying to get the right tuning! "

Live of which basic information is missing, almost wrapped in legend. Here then the probable setlist played that evening by Genesis, confirmed in various interviews by both Anthony Phillips and Tony Banks, (and reported by the blog genesis-places.blogspot.it):
In the Wilderness
Masochistic Man
The Stumble (Cover by John Mayall & The Bluesbreackers)
Baa Baa Black Sheep (Cover of the song Rock Around The Clock)
Build Me a Mountain
In Limbo
Digby
Little Leaf
Babies
Key to Love
Looking For Someone
Twilight Alehouse
Sitting on Top of the World (Cover of Cream)
Pacidy
The same blog publishes the following images:

And here are some extracts from an article reproduced in thegenesisarchive.co.uk, in which Paul Russell confirms the ladder above, collects the memories of Phillips, Banks and Rutherford, with the arrangement on the set, the stage panic of Ant (which will lead him to abandon the band - READ) and the presence of agents scout in the audience:

And here's what it turns out to be the first recording of Genesis live. It is "Live at the BBC 4 Studio Maida Vale", recorded in London three months and twenty-two days after the first concert, ie February 22, 1970:

Mario Giammetti tells his new book “Genesis. All albums all songs "Ipse Dixit: Phil Collins talks about himself on the Tonight Show, 21 September 1990 - VIDEOIt's time for Progressive Music Awards. 5 years ago Prog God was Tony Banks (in 2014 Peter Gabriel) - the VIDEOSRichard Macphail: the book "My life with Genesis" available in Italian - BUYSteve Hackett Gives Taste of “Live At Hammersmith” - WATCH VIDEOSPeter Gabriel: his classic lives released on vinyl - INTERVIEW & PRE-ORDERPeter Gabriel: clues and admissions leading to the new album "I / O"Steve Hackett and the recording of the new album, here are all the steps - VIDEORay Wilson and the recording of the new album, here are all the stages - VIDEOPhil Collins: after “In The Air Tonight” the twins youtubers listen to “Easy Lover” - VIDEOGenesis, Peter Gabriel and Steve Hackett Support Music Workers: All InitiativesThe Last Domino? Tour: 2020 shows canceled, NEW DATES 2021 & TICKETSSteve Hackett Tour - Updates: 2020 dates CANCELED + REPROGRAMMED 2021 and 2022HR Press Review: the SUMMARY of the PROG ITALIA special on GenesisSteve Hackett: "Selling England By The Pound & Spectral Mornings: Live At Hammersmith" comes out September 25 - PRE-ORDER & VIDEOSteve Hackett: the new Djabe album "The Magic Stag" comes out on September 25th - PRE-ORDERPhil Collins: “No Jacket Required” will be available on orange vinyl on October 9th - PRE-ORDERSteve Hackett and David Minasian in new single from "The Sound Of Dreams" - LISTEN & PRE-ORDERHR Press Review: Peter Gabriel talks about the new album on UNCUT Magazine - HERE'S WHAT HE SAIDPeter Gabriel: "How sad to say goodbye to Alan Parker" - VIDEO: Peter tells the film Birdy