45 years ago, on February 9, 1973 al Rainbow Theater in London, onl Foxtrot On tour, Peter Gabriel wears his famous costumes and masks for the first time on stage. A turning point for Genesis, which began on September 28 of the previous year with the women's dress and the fox head worn on the final of The Musical Box. Music, images and memories of that evening. 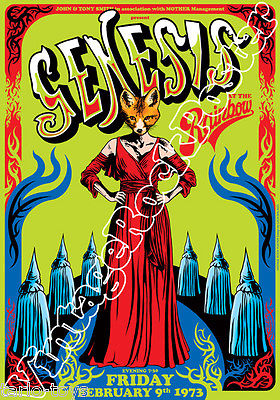 The audio recording of the concert: 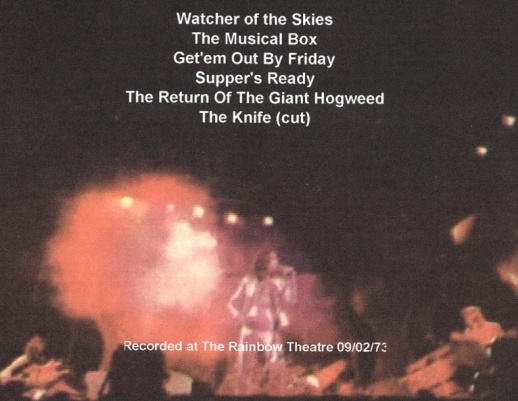 Peter introduces himself in the dressing room with a huge trunk in which he crammed the costumes, unbeknownst to his companions. Hackett has repeatedly stated that Gabriel never tried to wear those disguises during rehearsals before that performance and that it was a surprise for them too. 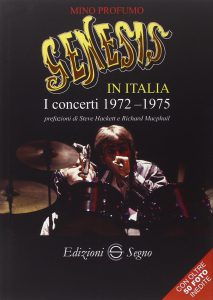 "If in Italy the triumph is now taken for granted, for Genesis things are about to change even in old England because the band, a month after the Italian glories (January 20 and 22, Reggio Emilia and Rome - Editor's note), embark on the first tour as headliner (...) Peter then decides to impress one further acceleration to the theatrical aspect of his appearances inventing new masks and costumes (...). The rest of the band accept this scenographic change with ill-concealed reluctance, even knowing that the growing popularity is certainly not foreign, at least in the media ". 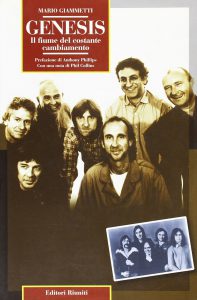 Genesis. The river of constant change

"The mellotron intones the first chords of Watcher Of The Skies and Peter comes out of the curtains dressed in black and with bat wings on his head, face painted in white and eyes made up with a phosphorescent substance which, reacting to ultraviolet lights, has the effect of passing through the darkness. It's a shok that doesn't end there ..... "

In Get'Em Out By Friday Gabriel wears a bowler hat, in The Musical Box leave the foxhead for the 'old man, in Supper's Ready it unleashes: the crown of thorns, the flower, the red rhomboid box, the long black cloak that Peter gets rid of for a white dress and a tube of white light for the finale.

The weekly Ciao 2001 publishes a detailed account of this historical show in the April 15 issue. Here is the cover and article (as reported from the web): 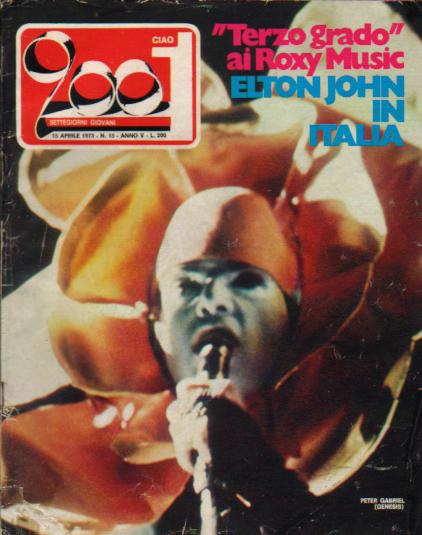 Did Peter Gabriel create a monster?
This is roughly the question that all the astonished British specialist journalists asked themselves immediately after the amazing show at the Rainbow Theater in London a short time ago.
The band suddenly appeared on a stage entirely covered with very white curtains. All the members of the group were also dressed in white, all except Peter Gabriel, wrapped in a tight black tunic, with two lugubrious bat wings adorning his shoulders.

The bewildered applause of a crushed and unleashed audience was not yet finished, which already the Tony Banks' mellotron introduced the graceful violence of "Watcher of the skyes" one of the workhorses of "Foxtrot" and their current live performances.
Thus opened a show that everyone in London agreed in judging as one of the best things ever in the history of pop and the acme of the art of Genesis so far: the romantic-decadent impact of music, the suggestive violence perfect instrumental constructions, the spectacular allusiveness of a Gabriel who has reached the maximum of his mimetic faculties, have reached a very balanced cohesion fulcrum.

So, looking at them on the stage of the Rainbow, you suddenly find yourself in front of an allegorical nineteenth-century painting, where the morbid and fabulous ghosts of ancient British fantasies are evoked, imbued with a sick and silty surrealism: Steve Hackett and Michael Ruthetford seated, bent over their guitars; Tony Banks in dim light behind the keyboard pinnacles; Phil Collins mobile and anchored to his drums; Finally, Peter Gabriel, free to move, hermaphrodite and elusive appearance behind the constant changes of role and identity, asexual and suffused with classic ambiguity, like a son of distant loves between men and gods.

And when the tragic dream of "Musical Box" arrives and Peter disappears everyone expects the return in the flaming fox clothes: but this time they are wrong.
The figure who returns to the stage to scream the last desperate invocation to the wide-open eyes that will no longer be able to touch her is not a fox, but stands as a mystical geometric apparition, halfway between the caricature of a potted medieval nun and an unreal character of "Alice in Wonderland".
And the show continues, full of unexpected events and unexpected events such as the sudden explosions of flames and smoke and the transformations of Gabriel as a neoclassical idol.

The apocalyptic saga of "Supper's ready" unfolds, the angelic-demonic suite that in its ambiguous incompleteness reaches paradoxical summits of distorted evocativity: the public sways on the chairs as hypnotized and here it starts moving in harmony with the mysterious figure with a candid face and by the black cloaks above it on the stage.

Desperate, neurotic applause. The white figures and the black angel leave the stage and people start screaming "more! More! "(Again, again!) And here the lights go dark, the goblins, minus one fall and attack the angular chords of" the knife "from the old album" Trespass "and then a white light flashes and here it is, here it is: Peter Gabriel embodied in the green spirals of a hallucinated and grotesque flower!

The last transformation took place, the last mystery was celebrated: the lights of the Rainbow come on again, people fall back into the mechanical turns of the twentieth century. But time continues to pass and the carnival merry-go-round of the world continues its dance.
And the Genesis do not stop impersonating the gentle decadence of their fragile fable: a new album being recorded (“Selling england by the pound - ed.) Which should see the light in the green-gold explosion of June: an American tour from the end of March, as imponderable as fate; an unpredictable and elusive future like the confused forms of life and death. (from Hello 2001, quoted by the web for the record)

And here are some types of ticket for the evening: 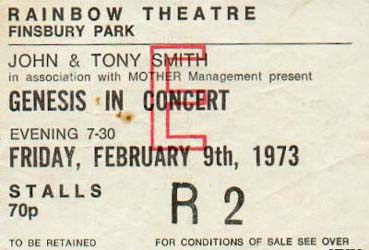 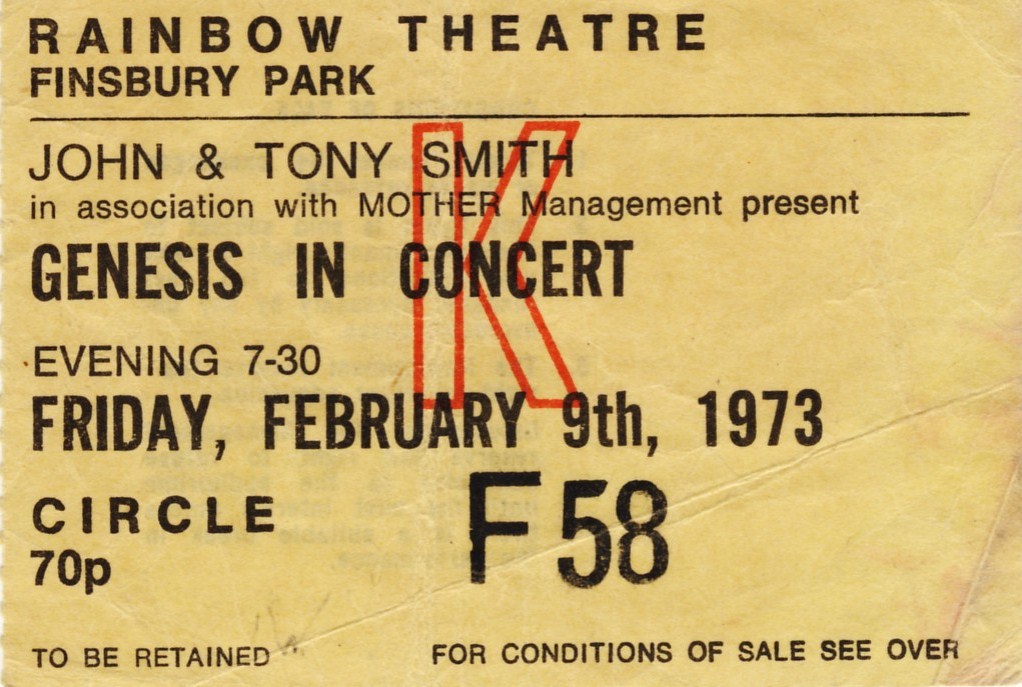 If you have memories of this concert to share in writing or audio / video send them to info@horizonsradio.it and will be published with your signature.