The new album by Steve Hackett 'The Night Siren'.

Here's how the author tells it - WATCH AND LISTEN:

Listen to the album:

Watch the video of the presentation party:

And here is the first video extracted from the new album. WATCH AND LISTEN:

And here are some moments shared on the social of the making of the album: 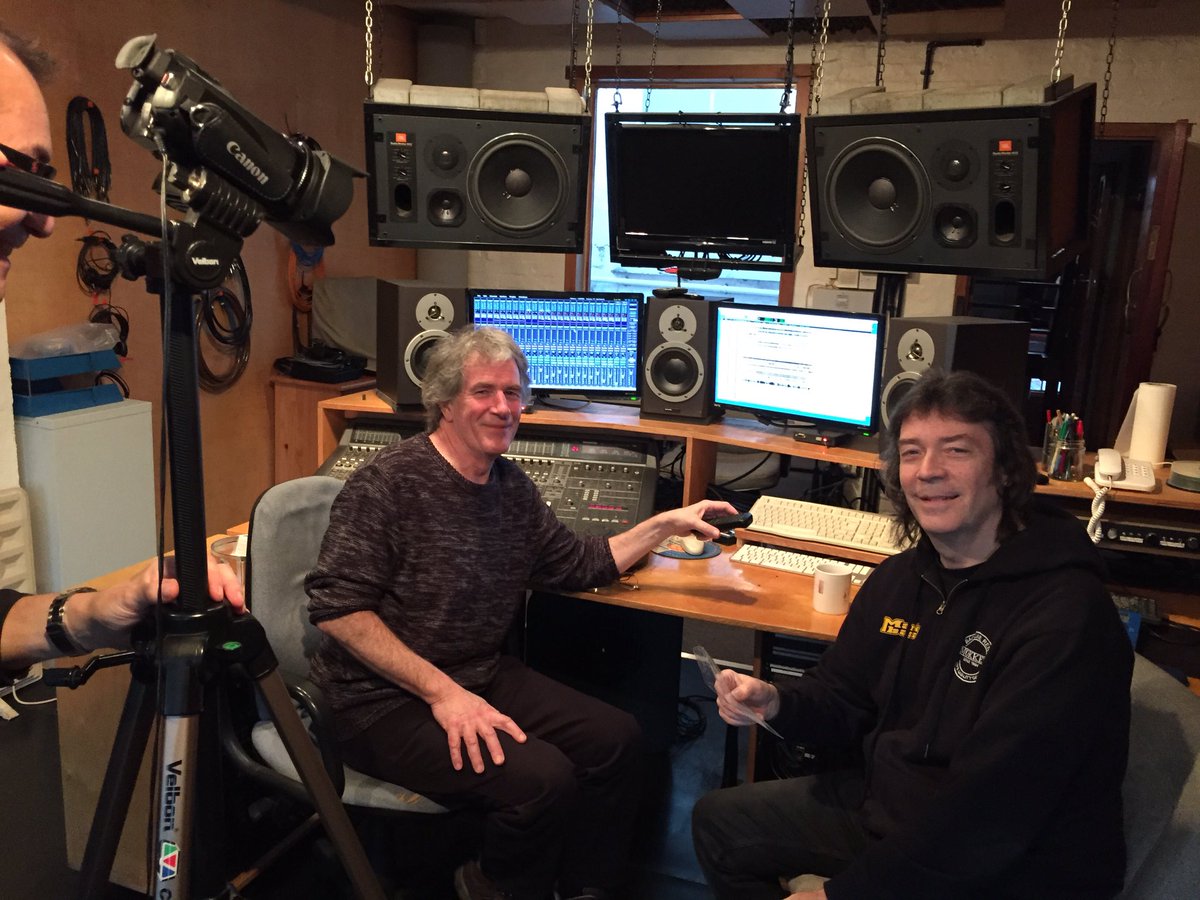 A disc that will be full of guests. The singers Kobi and Mira who come from Israel and Palestine and Nick D'Virgilio on drums participated. In addition to Malik Mansurov from Azerbaijan, Gulli Breim from Iceland, in addition to the faithful Roger King, Nad Sylvan, Gary O'Toole, Rob Townsend and Amanda Lehmann.

Some things have been recorded in Italy, some in Budapest, others in London - Steve said -, it is a outdoor disc and it has that kind of atmosphere, an international feel.

Steve has dedicated disk to his mother, "which was not very good. I'm doing it for you, this record - Steve revealed in an interview - and she already loves it. It's making her feel better, so she's already doing her job! Music should heal and that's what it's doing right now. I am happy with this. "

And here's how Steve talks about the tour in progress, between the United States (where it ended) and Europe (where it is coming).

Then Steve will also arrive in Italy with the Genesis Revisited & Hackett Classics 2017 tour. Here are the tickets for the Italian dates:

The repertoire will be a new version of his Genesis Revisited.

Le data they will see Steve playing songs from Wind & Wuthering. Also other Genesis songs will be on the lineup as The Musical Box, Inside & Out e Anyway.

With him the band faithful, with Roger King on keyboards, drums and percussion by Gary O'Toole, Rob Townsend on saxophone and flute, Nick Beggs on bass and on vocals still Nad Sylvan. 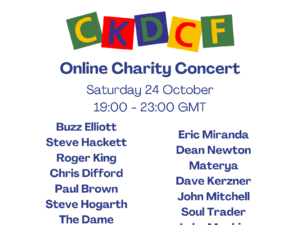 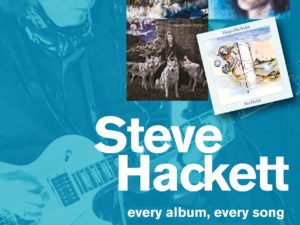 Steve Hackett: “Every Album, Every Song” book is out on November 26th - PRE-ORDER 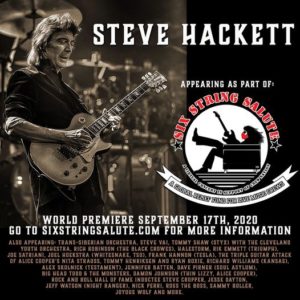 "Six String Salute", the virtual concert for the benefit of the Crew Nation, saw the participation of Steve Hackett. Select Language ...
Read more... 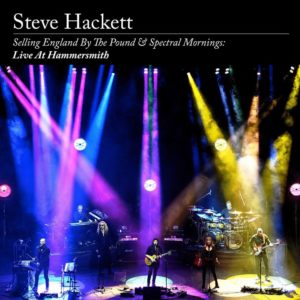 Audio and video 100% Genesis & Co. The news of the moment. Select Language English Italiano Here are the samples of "Selling ...
Read more...

Genesis: “Invisible Touch Exclusive Orange Vinyl” - BUYPeter Gabriel: his classic lives released on vinyl - latest release: “Live in Athens 1987” - BUY & VIDEORay Wilson and the new album, here is the VIDEO of the first singlePhil Collins: “No Jacket Required” on orange vinyl - BUYSteve Hackett: “Every Album, Every Song” book is out on November 26th - PRE-ORDERPeter Gabriel: WOMAD at Home 2020 in autumn until November 5th - LISTENAnthony Phillips: “Missing Links I-IV” box set out on November 27th - PRE-ORDERSteve Hackett: "Selling England By The Pound & Spectral Mornings: Live At Hammersmith" - BUY & VIDEOSteve Hackett Gives “Live At Hammersmith” VIDEO - WATCHSteve Hackett: the new album with Djabe “The Magic Stag” - BUYMario Giammetti tells his new book “Genesis. All albums all songs "Richard Macphail: the book "My life with Genesis" available in Italian - BUYPeter Gabriel: clues and admissions leading to the new album "I / O"Steve Hackett and the recording of the new album, here are all the steps - VIDEOPhil Collins: after “In The Air Tonight” the twins youtubers listen to “Easy Lover” - VIDEOGenesis, Peter Gabriel and Steve Hackett Support Music Workers: All InitiativesHR Press Review: the SUMMARY of the PROG ITALIA special on GenesisSteve Hackett and David Minasian in new single from "The Sound Of Dreams" - LISTEN & PRE-ORDERHR Press Review: Peter Gabriel talks about the new album on UNCUT Magazine - HERE'S WHAT HE SAIDPeter Gabriel: "How sad to say goodbye to Alan Parker" - VIDEO: Peter tells the film Birdy