On February 4, 1974 Genesis continue on Selling England By The Pound Tour. After the debut in Turin, the second date is Reggio Emilia.

Here the audio recording of the concert:

Compared to the Turin concert, the lineup sees an interesting variation. Instead of The Battle Of Epping Forest is inserted Harold The Barrel, song rarely offered live (in Italy Genesis had played it in Viareggio in 1972 in the afternoon concert). LISTEN to that version:

And here it is in the 1974 version in Reggio Emilia, played on this tour only in Brussels, Offenbach and Dusseldorf. LISTEN TO HAROLD THE BARRELL:

Another absolute and perhaps unique novelty is Mino Profumo in Genesis in Italy, The 1972-1975 concerts. From the photo below published by the "Qui Giovani" magazine of February 21, 1974, the feeling is that, in the end of The Knife "Peter is using the Supper's Ready fluorescent tube as well as the microphone stand". 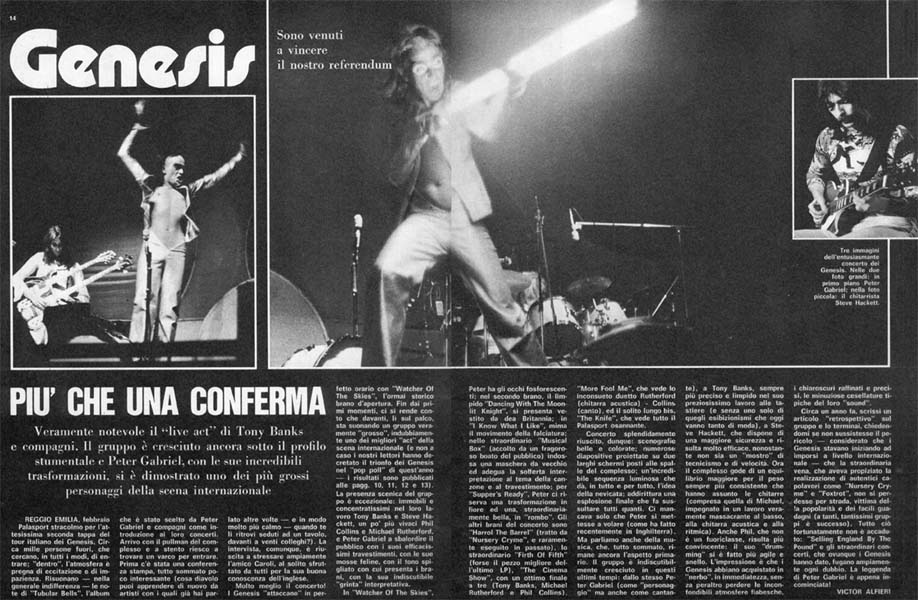 And here are others covers of those days: 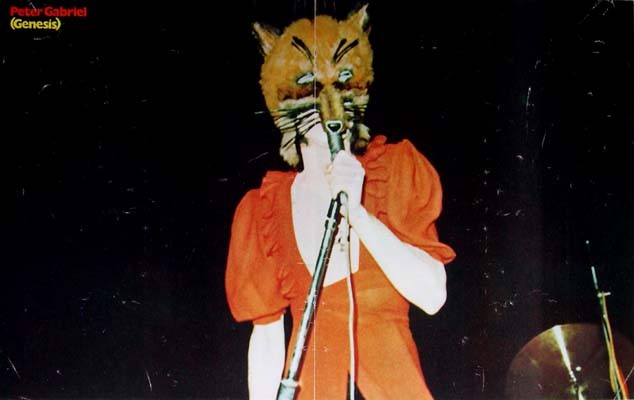 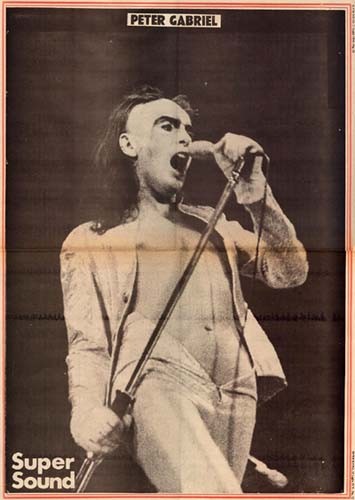 Below poster and one of the tickets even if, by the way, many are without ticket and try to enter. Law enforcement officers react, riots are born, there are wounded and arrests, then everyone inside the sports hall to listen to the Genesis. 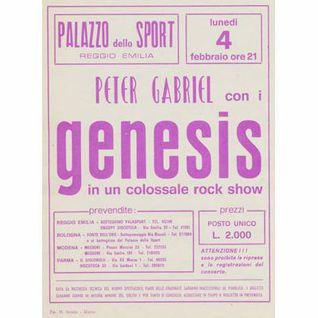 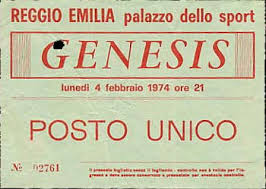 And these are two bootleg of the concert: 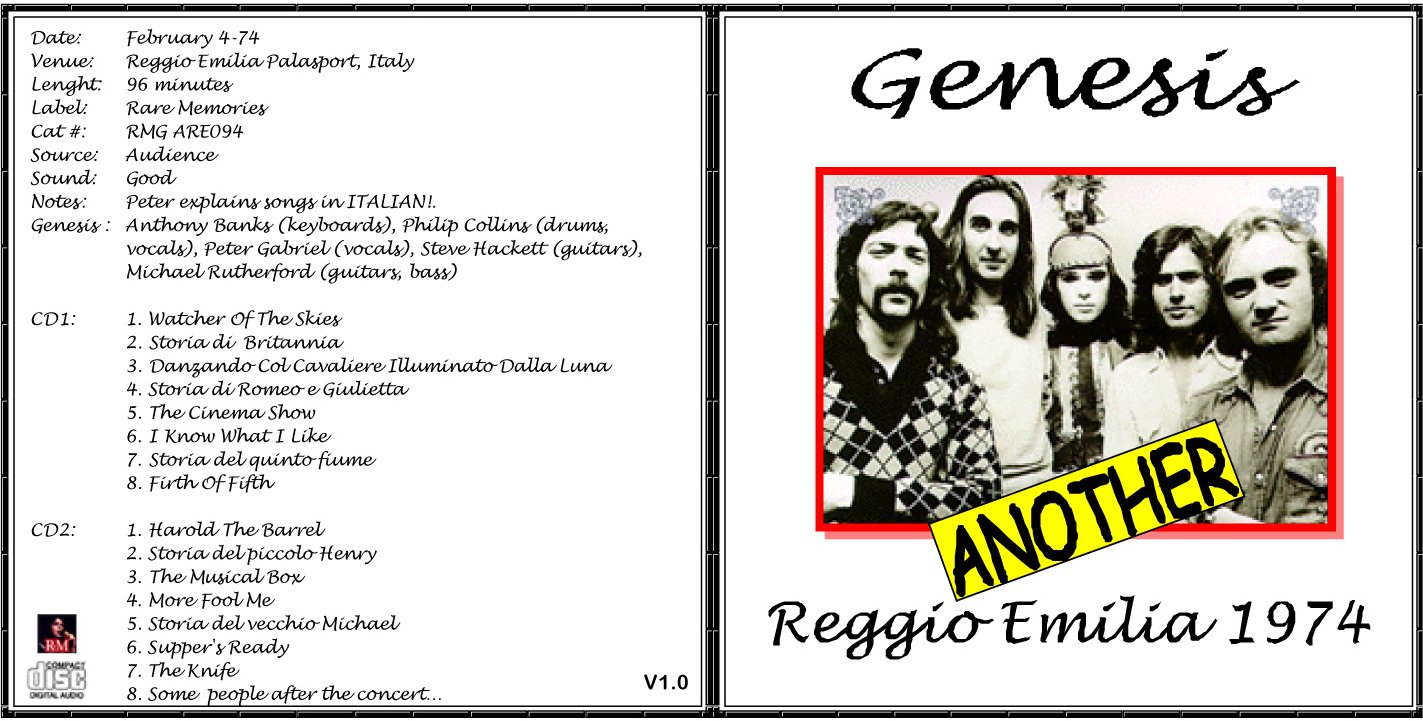 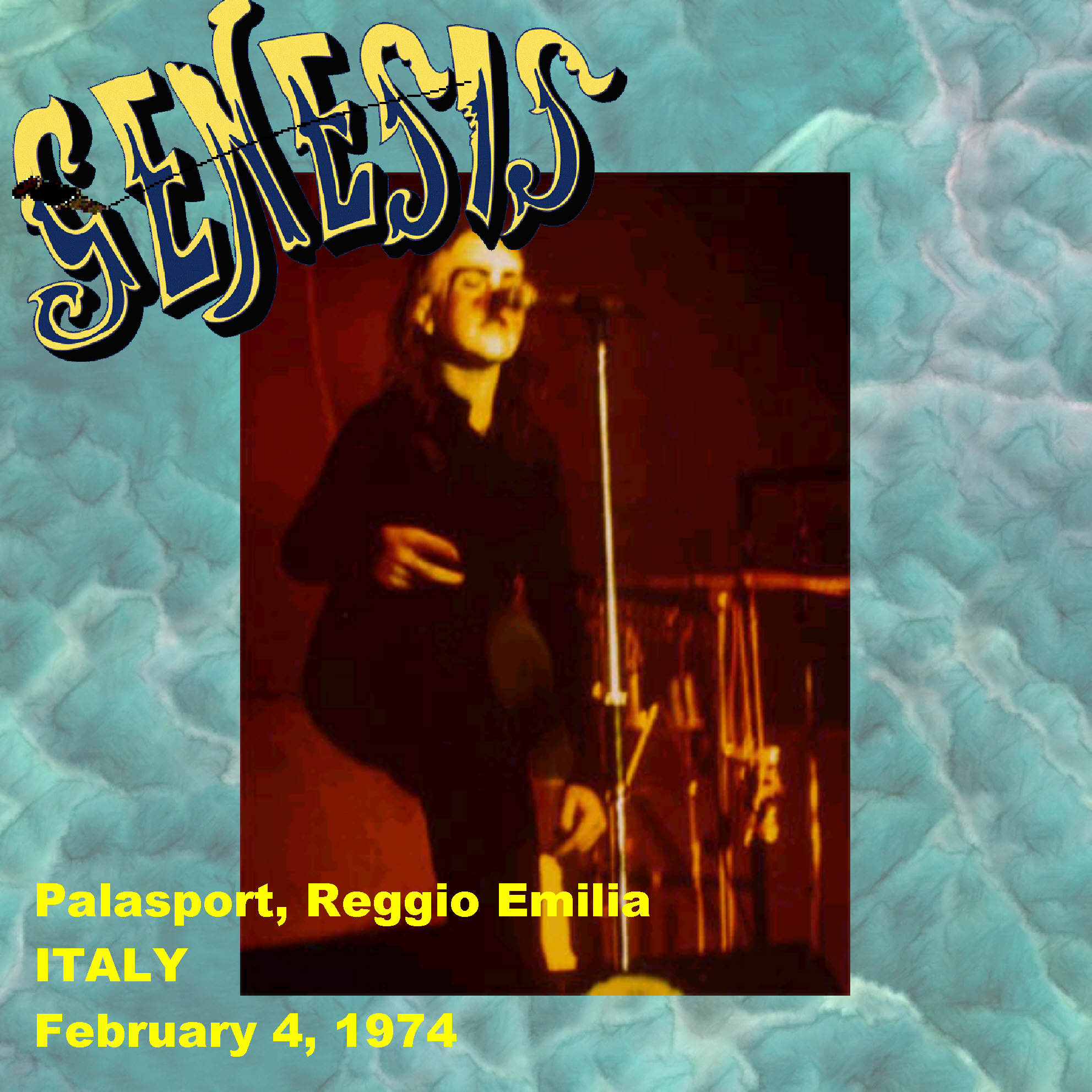 If you have memories of this concert to share in writing or audio / video send them to info@horizonsradio.it and will be published with your signature.

Anthony Phillips' "Slow Dance" was released 30 years ago, September 26, 1990 - LISTENMario Giammetti tells his new book “Genesis. All albums all songs "It's time for Progressive Music Awards. 5 years ago Prog God was Tony Banks (in 2014 Peter Gabriel) - the VIDEOSRichard Macphail: the book "My life with Genesis" available in Italian - BUYSteve Hackett Gives Taste of “Live At Hammersmith” - WATCH VIDEOSPeter Gabriel: his classic lives released on vinyl - INTERVIEW & PRE-ORDERPeter Gabriel: clues and admissions leading to the new album "I / O"Steve Hackett and the recording of the new album, here are all the steps - VIDEORay Wilson and the recording of the new album, here are all the stages - VIDEOPhil Collins: after “In The Air Tonight” the twins youtubers listen to “Easy Lover” - VIDEOGenesis, Peter Gabriel and Steve Hackett Support Music Workers: All InitiativesThe Last Domino? Tour: 2020 shows canceled, NEW DATES 2021 & TICKETSSteve Hackett Tour - Updates: 2020 dates CANCELED + REPROGRAMMED 2021 and 2022HR Press Review: the SUMMARY of the PROG ITALIA special on GenesisSteve Hackett: "Selling England By The Pound & Spectral Mornings: Live At Hammersmith" comes out September 25 - PRE-ORDER & VIDEOSteve Hackett: the new Djabe album "The Magic Stag" comes out on September 25th - PRE-ORDERPhil Collins: “No Jacket Required” will be available on orange vinyl on October 9th - PRE-ORDERSteve Hackett and David Minasian in new single from "The Sound Of Dreams" - LISTEN & PRE-ORDERHR Press Review: Peter Gabriel talks about the new album on UNCUT Magazine - HERE'S WHAT HE SAIDPeter Gabriel: "How sad to say goodbye to Alan Parker" - VIDEO: Peter tells the film Birdy